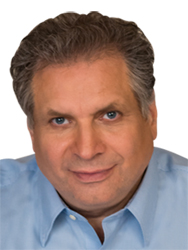 Attorney Frank Marciano traces his Hoboken roots back to the early 1900's when his grandparents migrated from Naples, Italy and Marseilles, France to set up a fruit and vegetable stand on Fifth Street, between Madison and Jefferson. His father Samuel L. Marciano fought during World War II as a member of the US air force. After coming back from the war, he participated in the GI bill and became an attorney in 1953. He married E. Gioia Cipriano, the only woman in his law school class and they both moved to West Orange, NJ where Frank and his two sisters Gioia and Lucie grew up. Frank and his sisters all became lawyers. Gioia went on to marry Attorney Andrew Topazio and the two of them own a law practice in Elizabeth, New Jersey.

Frank attended Franklin Marshall College and went on to study law at Seton Hall University Law School.   After law school, Frank returned to his roots  in Hoboken. Frank has an extensive range of experience and expertise handling the many different legal matters affecting the people and businesses in Hoboken and its vicinity.

Frank is well-known in the Hoboken community. He joined his father's law firm, Florio, Dunn and Marciano in 1983 after graduating law school. Frank then started his own law practice at 54 Newark Street, where he first came up with the idea of presenting art in his store front window - calling the art space Oculus. During this time, he commissioned a full scale mural of a brownstone on the wall at the 54 Newark Street office that soon turned into an attraction as Hoboken began its revitalization. At about the same time, Frank joined the law department with the City of Hoboken, and was instrumental in introducing computers into the law department, as well as completing the longstanding codification of the City of Hoboken ordinances.

Frank left the law department and continued his private practice. No longer working for the City, for a brief time he authored a cartoon lampooning the antics at City Hall, in a comic strip that was published in the Hoboken Reporter, called "City Hall".

Frank was soon joined in his practice by his college friend, Lisa Conn-Stathis, who along with him, in 1987 instituted a mass mailing to approximately 5,000 property owners advising them of their imminent tax increase due to a city wide property reevaluation of Hoboken's property taxes, and eventually helped over 1000 people reduce their real estate taxes in appeals to the Hudson County Board of Appeals. Even though his practice was growing, he had time for some other side ventures, including helping organize the Spring Art Festival in Hoboken, where he first began selling his own invention Tie Ons ™ that has the tag line "stops spots and spills, no dry cleaning bills". Although, it was not a big commercial success (approximately 17 were actually sold) it prevented many a spot and spill from landing on Frank's ties.

In 1993, he ran for mayor of Hoboken, and received over 2,200 votes, but that was not enough to win. Considering the often nasty nature of politics, he's happy to be practicing law instead of dealing with all the competing issues that a Mayor is faced with everyday. His campaign was a breath of fresh air, featuring the "boxing glove and flower" imagery throughout the City.

During this time Frank co-produced a book about the people of Hoboken called Portrait of a Mile Square City and continued operating Oculus which eventually showcased the work of over 125 artists over the course of 5 years. During this time, a few artists even thought that Frank would make a good source of art himself, and was featured in paintings made out of M&M candies, fluorescent paints, and in an imagery of the Statue of Liberty.

In 1998 Frank married Judy Carnot, a vice president of Donna Karan men's fashion and moved to Harmon Cove in Secaucus, New Jersey with his stepson Alex and their dog Roxy. In 2002, Judy spent 2 years with Susan Dell, Michael Dell's wife in establishing a fashion company for Susan Dell. Eventually, Judy decided to become a realtor in Hoboken and learned all about the real estate market in this area. She quickly became a top real estate agent, even teaching Frank a thing or two. In fact, she inspired Frank to inspire her to create the interactive map of Hoboken and the Hudson County Area, which are now in real estate offices throughout the area. Also, there is an interactive version available on the web. Judy is now getting quite famous on her own, being the author of Hoboken's only real estate blog called "Making the Moves" and has become quite the digital photographer, even winning a contest or two for her work, and has been accepted as a contributor to istockphoto.com. You can see more of her photos on flickr. As Frank was showing his bio to Judy he was overheard saying "but without you it just doesn't seem right."

The current MarcianoLaw website, along with the file portal area is one of the most informative and innovative web sites in the Hudson County area and has been a major investment of time and money with the goal of making his clients more informed and his office more proactive. In addition to the website, Frank has begun posting the "Hoboken Law Blog" which will provide current information on legal issues affecting the Hoboken - Hudson County community.

In addition to the current website, he recently appeared in a reality home design show called "What's your Sign Design", and having appeared in one episode, he's decided not to give up his day job.

Last but not least, Frank continues to learn from and consult his mother E. Gioia Cipriano-Marciano on matters of law and life. While no longer actively practicing law, she is a real estate investor who is loved and respected by everyone who knows her and she continues to provide advice to all in the family who have come to cherish her words of wisdom.

Contact Us
Practice Areas
Client Reviews
★★★★★
I initially chose Frank because of how close his office is to the municipal court. Best decision ever. His staff was on top of the matter and he literally knew everyone at the courthouse. He was able to get my charge dropped to a lower penalty and is currently working on my expungement. Definitely recommended. R.L.
★★★★★
I hired Frank for help in purchasing a multi-family home. To make a long story short, Frank advised me against the initial property I had come to see him about and it was the best decision I could have ever made. He went out of his way to make sure I was making a wise /secure investment and saved me a great deal of money and grief, when he could have just went through with the initial deal. I would hire him again without a doubt. B.W.
★★★★★
Frank Marciano is a master of the law. He thinks outside the box and finds the best way to go about any issues that arise. His professional staff was great at touching base about my case and I felt at ease throughout the entire process. D.L.
★★★★★
I am very satisfied with everything about this law firm. From the friendly staff to attorney Frank Marciano, everyone was sharp. All my questions were answered and all my issues were addressed. I have complete confidence in Frank Marciano and highly recommend him. W.C.
View More
Submit a Law Firm Client Review